This is a slide from a presentation given by a member of the Superfast Team to the Parish Council in mid-September 2013. It needs a bit of explanation:

The postcodes in the first 3 columns (RH1 4EH to RH1 5SE) are those that are included in Phase 1 of the project. If your postcode is in this batch it means Superfast should be available from the start of October.

The postcodes  in the 4th column (RH1 4EG to RH1 4HQ) already have access to Superfast or are included in Phase 1.

RH1 5NF households should be able to get Superfast in March 2014.

The postcodes in the last column are the more difficult ones but the team still aim to make Superfast available to them by the end of 2014 using other technologies. 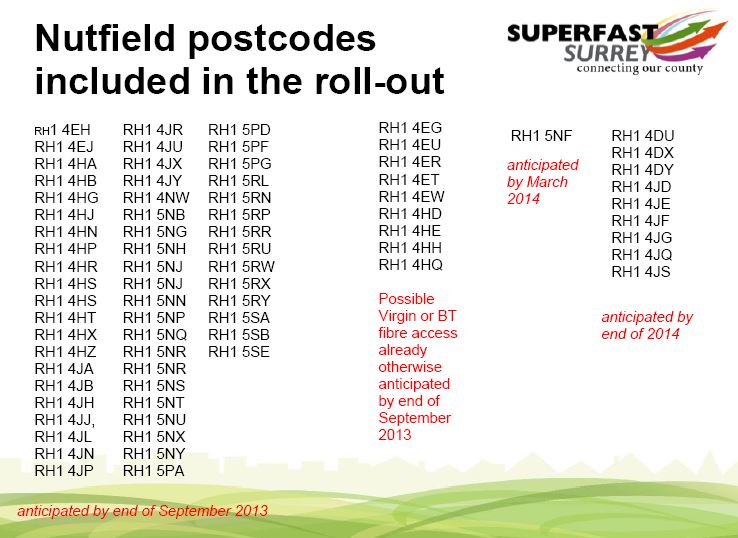